In 2007, when colonies around the world began dying at alarming rates, Bees became the centre of a global debate about big agriculture and its effect on the environment. In response to one of the biggest environmental challenges of our age, grass roots campaigners like Simon Mulvany began to champion the plight of our most important pollinator. 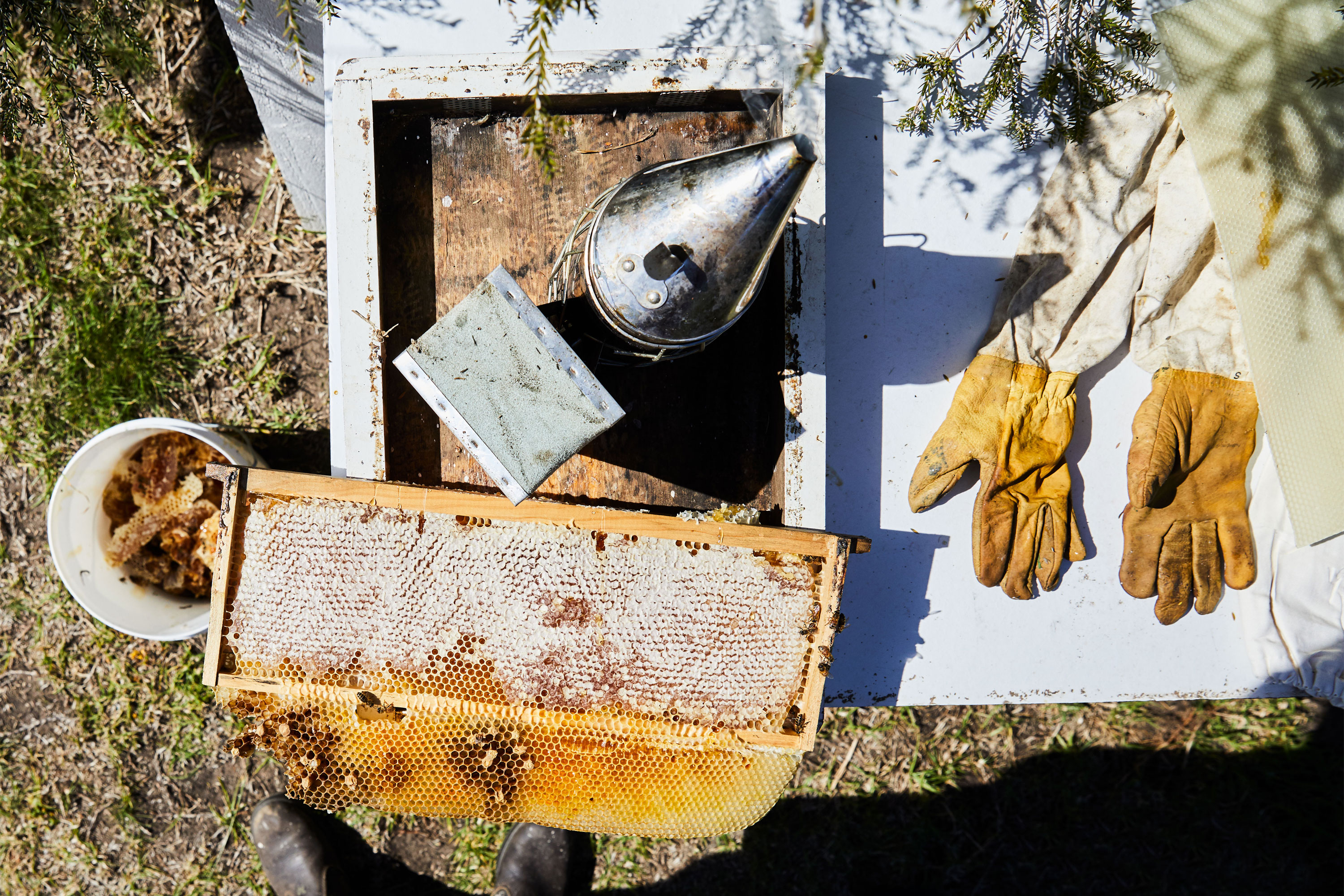 During the North American winter of 2007, environmental agencies began to receive distressing calls from beekeepers throughout the continent. By the end of the winter, almost 30% of the bee colonies in North America had been deserted by their worker bees and left to die. Bees were flying the hive to do their respective tasks, getting disoriented on the way and failing to return. By the start of the Spring, a similar phenomenon was being reported by beekeepers in Europe, who weren’t only worried about a greatly reduced yield in honey, but the catastrophic effect that a reduced bee population would have on agricultural industries. The phenomenon was coined Colony Collapse Disorder, and almost immediately it became a problem of grave international concern. In Australia, by way of demonstration, 65% of agricultural produce is pollinated by bees, who fly from flower to flower collecting nectar and spreading pollen between flowers. Without their pollination, Australian families wouldn’t be able to buy almonds, apples, apricots, avocados, cherries, carrots, broccoli, or onions. Today, by some miracle of distance, Australia is the only continent in the world to escape the effects of Verroa Mite, which, together with agricultural chemicals, is said to be the reason for Colony Collapse Disorder, and our honey is the last honey in the world made chemical free.

By the time 2008 rolled around honey bees had become the focus of a remarkable grassroots global movement. Beekeepers from around the world began spreading information about bees and their important role in our ecosystems. In the decade since, Colony Collapse Disorder has been a catalyst for a growing public interest into the effect that pesticides, fungicides and herbicides used by mass farming and agriculture are having on global bee populations. Organisations like Melbourne’s Rooftop Honey sprang up, setting up bee colonies away from our agricultural land (where CCD was said to be most prevalent) on rooftops in homes and businesses and restaurants in major cities.

In Australia’s major cities, renowned restaurants, including Ben Shewry’s Attica, started their own hives in nearby parks or on rooftops, which gave them their own unique blends of honey to use on the menu. And Simon Mulvany, founder of Save the Bees, began to take the plight of bees to the Australian public by educating children in schools around the country, fighting the importation of honey from abroad, and steering the vision for a new way grass roots industry that put the making and selling of honey in Australia back into the hands of local producers.

“I’d have parents calling me and telling me that their children were telling people not to buy certain brands of honey in supermarkets. This is seven and eight year old kids who think they can change the world,” says Simon Mulvaney, walking between 8 or 10 bee hives in the backyard of his home in Rye, on the southern tip of the Mornington Peninsula in Victoria. “I told kids that instead of having one corporation with a million hives, we need to have a million people with one hive each, all treating bees with honour and respect.” 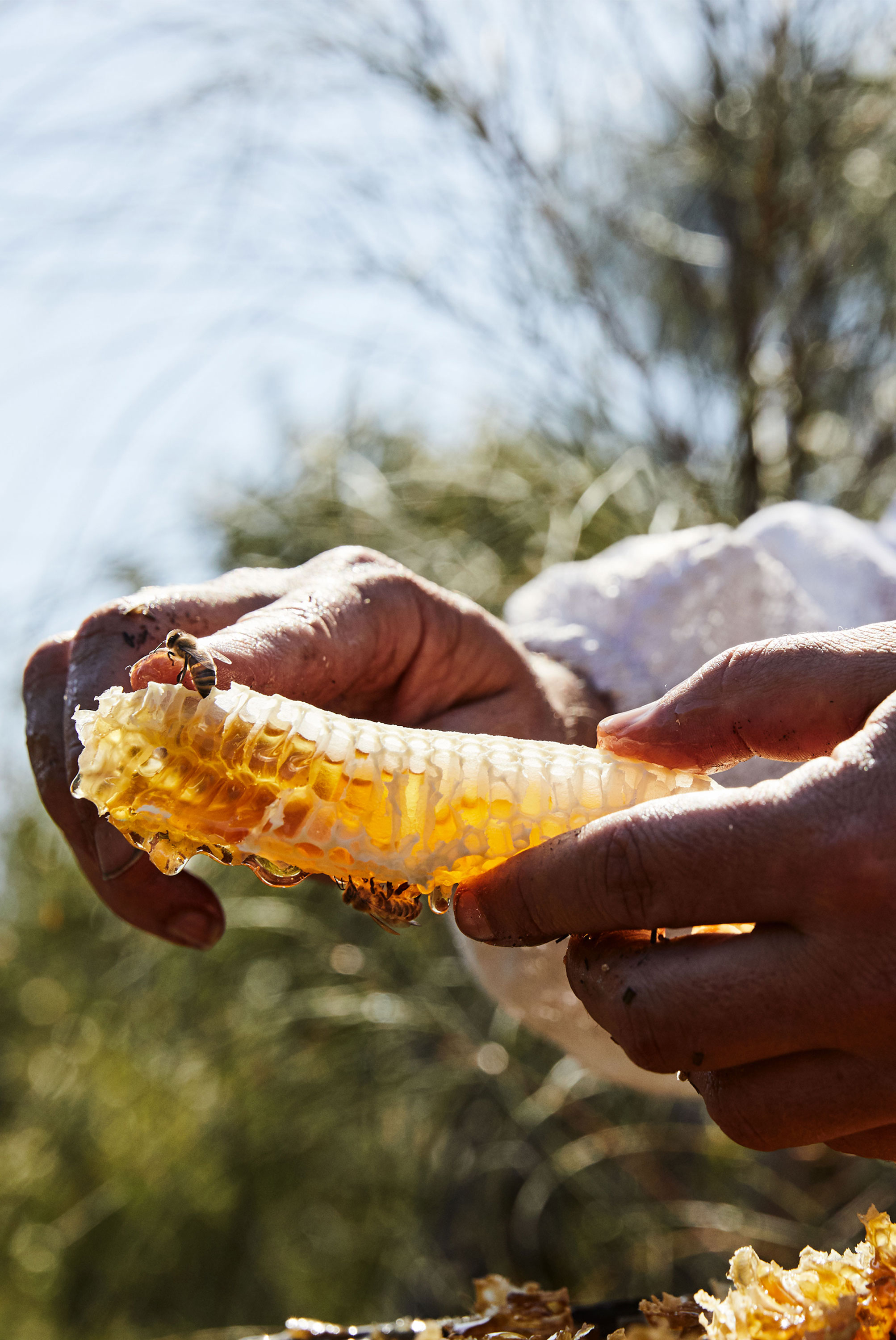 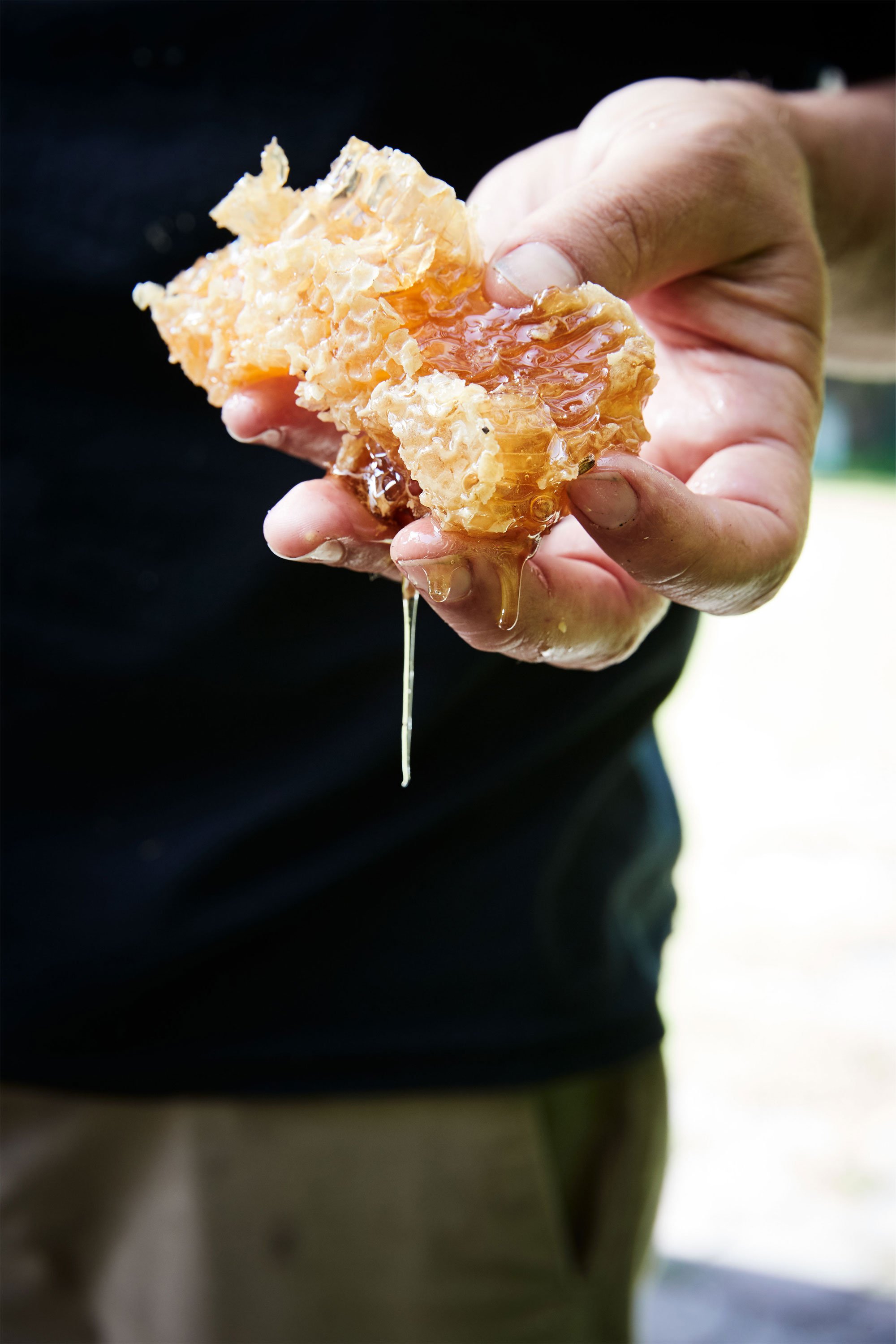 Beginning on the Mornington Peninsula, Simon started talking in school to educate the younger generation, and using his weekends to save swarms of bees who were displaced. He’d go over to the homes of local residents and remove swarms for free and then set up new hives in his backyard. As the years went on Save the Bees evolved dramatically, especially online. Simon’s deep love for bees is highly contagious, and today, it’s become a national movement. On Facebook, he shares beautiful and inspiring stories about bees to some 90,000 followers.

“I can’t tell you how beautiful my life has been for the last five years,” says Simon. “In many ways I’ve become the platform for people to tell me what they don’t like or what they are unhappy with, then i’ll inform the community. Then our local producers can do well, we can unite. The solution is so beautiful. You support local beekeepers. You buy your honey direct from locals,” he says.

As the movement picks up momentum, there’s a swathe of producers who are going out on their own. In order to create demand for the honey products of ethical producers, he’s created a Honey Map on the Save the Bees website, which connects producers with local buyers for free. “It’s been used 600,000 times, and I’ve got hundreds of beekeepers who sell direct to consumers now,” he says walking over to one of the hives in the backyard.

“I think bees should be treated with honour and respect. I think they are sacred.” 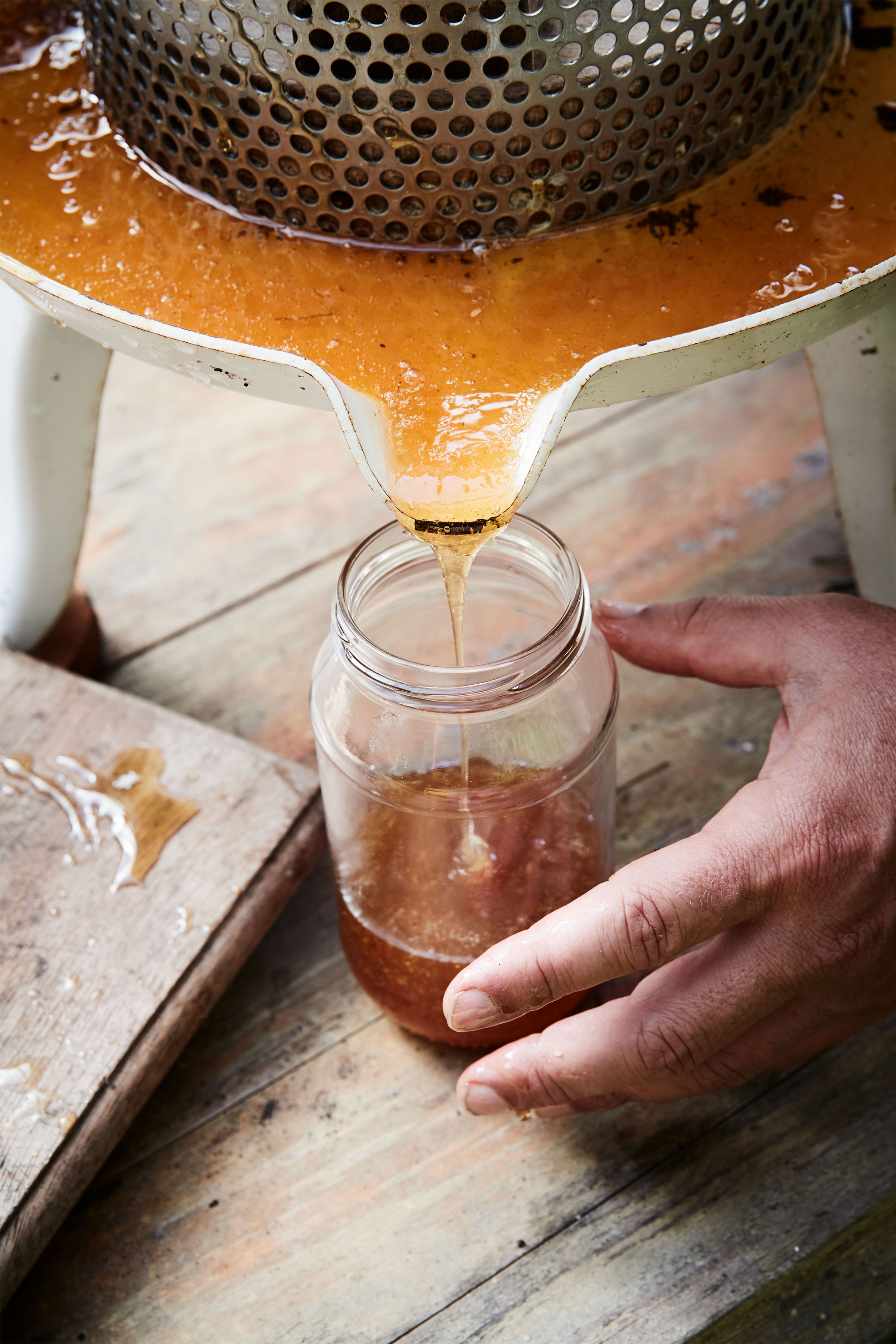