One Saturday morning last winter, Hattie Molloy and her boyfriend Ben dumped three cubic metres of soil onto the floor of her shopfront on Smith Street in Collingwood. It’s a small space. Natural light streams in through the street-side window and bounces off the white walls. White plinths, the kind you might see in an art gallery, lay horizontally on the ground, carrying flowers in exotic vases. The front door is stickered with the jagged, gold letters of her brand mark: Hattie Molloy. But on that morning last winter the space was empty and freshly painted white as they moved the enormous pile, barrow by barrow, into position, just as Hattie had imagined. Hattie’s role was strictly advisory. Ben was doing the heavy lifting. 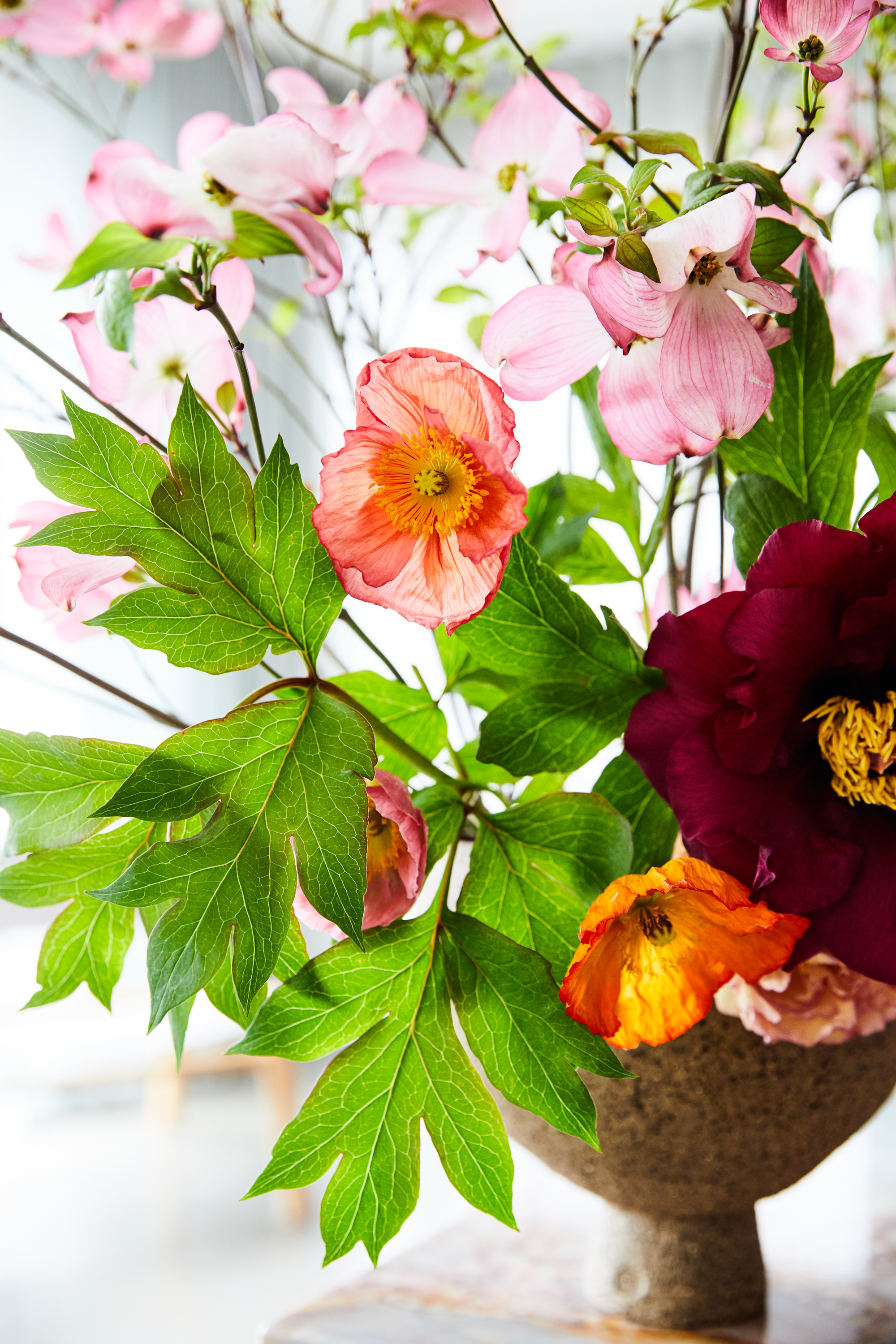 “Mountains,’ I told him, ‘I want mountains! Big rolling Hills!’” laughs Hattie Molloy, pointing to the space where the hill once was with a flourish of the right arm. She has straight black hair and and big hoop earrings and she’s wearing all white. She’s been at the market since 3am. You wouldn’t know she’s tired because she’s bubbly and excitable and nice to be around. “It was just so simple. All I wanted to do was plant some seeds and see what would grow. And then all of a sudden everyone was poking their heads in and asking what the hell I was doing.”

Over the days that followed the mountains – which looked like rolling dunes or waves colliding against a white studio wall – sprouted bright green clovers. From one of the hills a plinth poked out from surface like a fist grabbing at air, holding an orange pumpkin and a bunch of green bananas with a red stem. The whole thing looked bizarre and otherworldly and completely idiosyncratic. The installation grew momentum over the weeks. All throughout the day people were popping their heads in to take pictures of the mountains with their beautiful sense of intensity and perfectly odd balance between prettiness and ugliness. Like all of Hattie’s work, it’s not the kind of piece you can sit down and map out: it was just an idea that she had. And just as quickly as it came Ben was back to take it away.

“Let’s sit down in the front where it’s a bit nicer and talk. You can have the fancy chair,” says Hattie. It’s one of the first days of Spring in Melbourne and the sun is streaming into the store. She’s ducking in and out of her van out front – which is packed full of fresh flowers from the market – to make up some flowers for a man who walked in off the street ten minutes ago. She doesn’t really do walk-ins, but said she was happy to put something together. “I just like pairing weird things together,” she says, taking two dark red Anthurium flowers and pairing them with a mini pineapple. It’s a strange combination. “I try to draw focus on the part of something that is beautiful and special. I don’t like flower vomit. I think flowers are enough by themselves,” she says, laying them on a sheet of white paper. “I enjoy ugly flowers as much as I enjoy pretty ones. And I think I know how to manipulate flowers – how to them in a new context.” 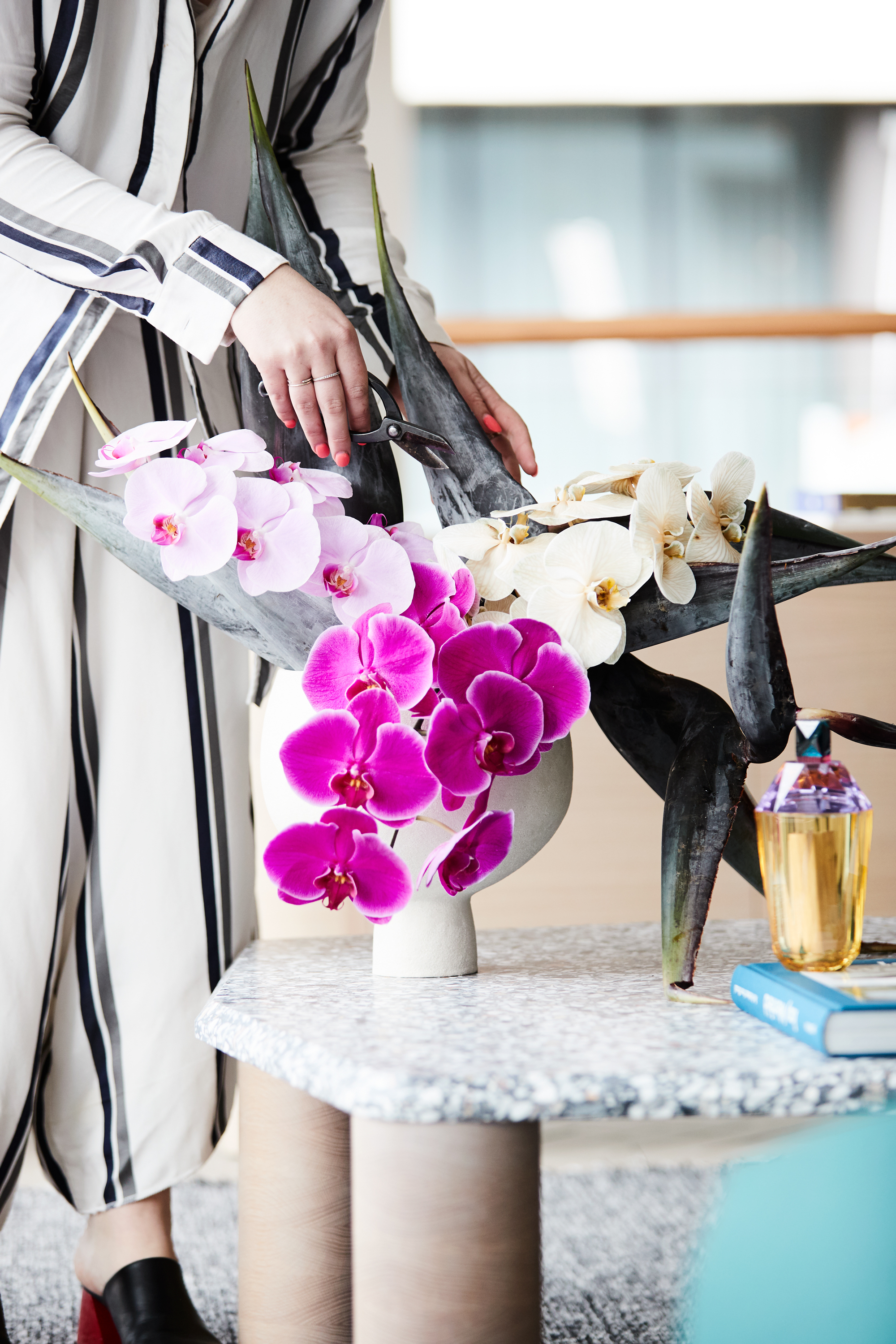 Scattered around the back room of the studio space, you see evidence of all of Hattie’s weird and wonderful experiments. A single bright purple bulb poking up from a Kenzan. Bunches of wisteria – which Hattie picked beside the train tracks this morning – waving their arms around. A carnivorous plant with test tubes for flowers, waiting for an unsuspecting fly. 100 orchids laid out like a purple rug. It’s obvious that she’s gifted.

It’s creations like these that have sparked an ever increasing interest in Hattie and her way of seeing the world. A few years ago, she was a 22 year old working a 9-5 in corporate HR. On a whim, she dumped her job and decided to follow her life long passion for flowers, enrolling in a floristry TAFE course. She found the and structure of floristry restrictive, but learned the fundamentals and decided to go out on her own immediately. Fast forward to 2018 and Hattie was a hit at Flowering Now, a show held by a collection of Melbourne’s leading florists in the Collingwood Arts Precinct. Her Instagram following grows every week, thanks to demand from creative directors, magazines and publications and event organisers who want to feature her work. Just yesterday she was written up in Vice Australia. Today she’s putting together flowers for Criteria Collection. On the weekend she’s doing the flowers for an Australia wide event by a credit card brand.

At weddings and events she tries to stick to brief, but often feels inclined to wing it based on what is at the market that morning. Often, she says, an event organiser wants 90 bunches of Hydrangea, “When they just don’t exist right now.” Instead of following orders, she trusts her instincts and let’s her creativity guide her to places where people who plan too rigidly can never go.

As to how we met Hattie, she visits the Jardan Richmond showroom every week with a fresh assortment of flowers. She says that Tuesday afternoons are both a time to experiment with new ideas on the commercial run and a great time to catch up with her mother, who comes along. “She’s a very stylish woman, a hugely positive influence.” Together, they drop off flowers to “designer stores and posh butchers.” “The corporate run is such a great way to educate customers and try new things.”

It’s also a driver of new ideas, she says. “I’ll be out driving and then i’ll just see the potential in something.” 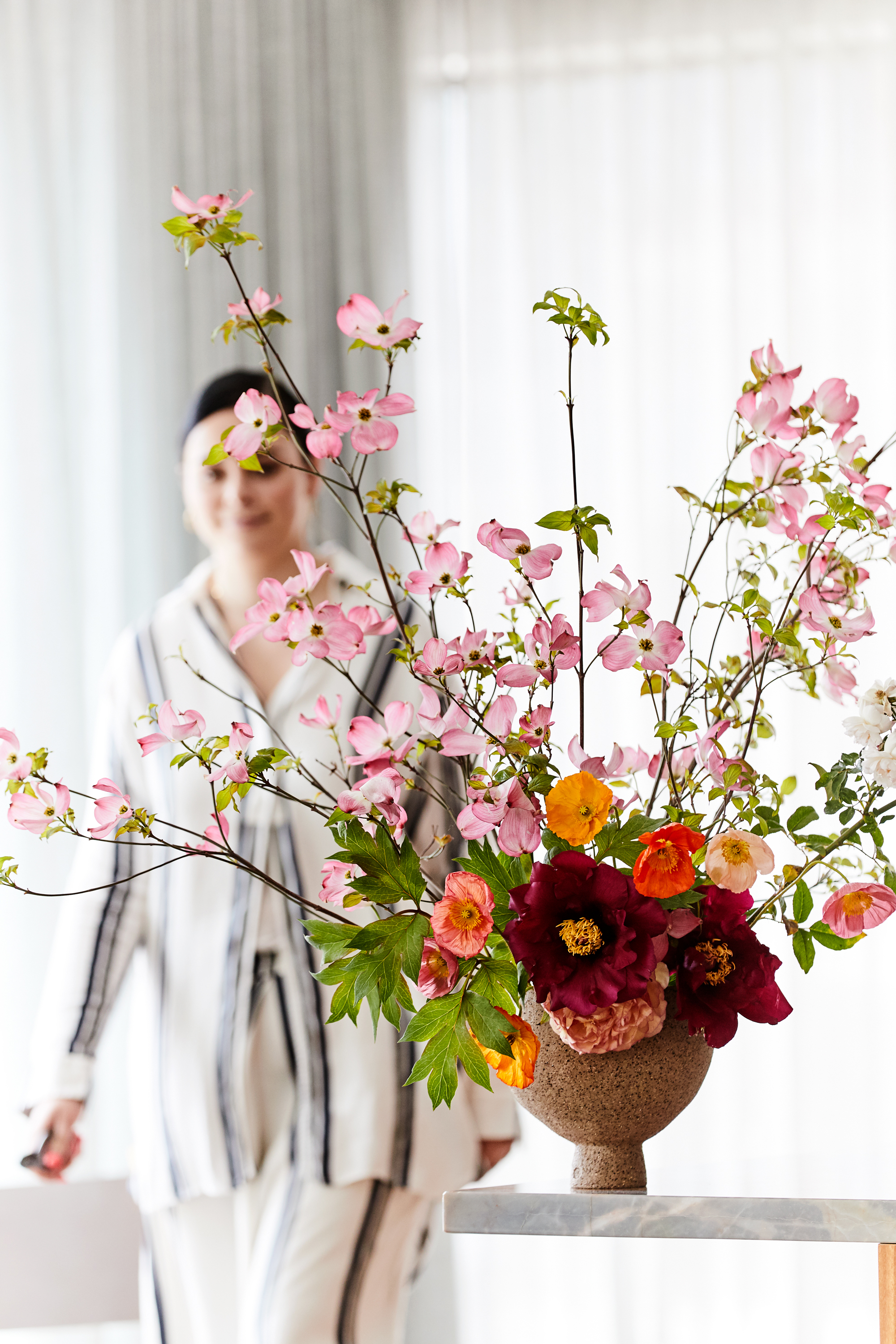