It’s the beginning of Spring on the Eastern edge of the Wimmera Plains, 45 kilometres South West of St Arnaud. Driving four hours west out of Melbourne, the roads thin out until you’re on a single lane dirt road between two fields of blooming canola crops, bright yellow against the blue sky. 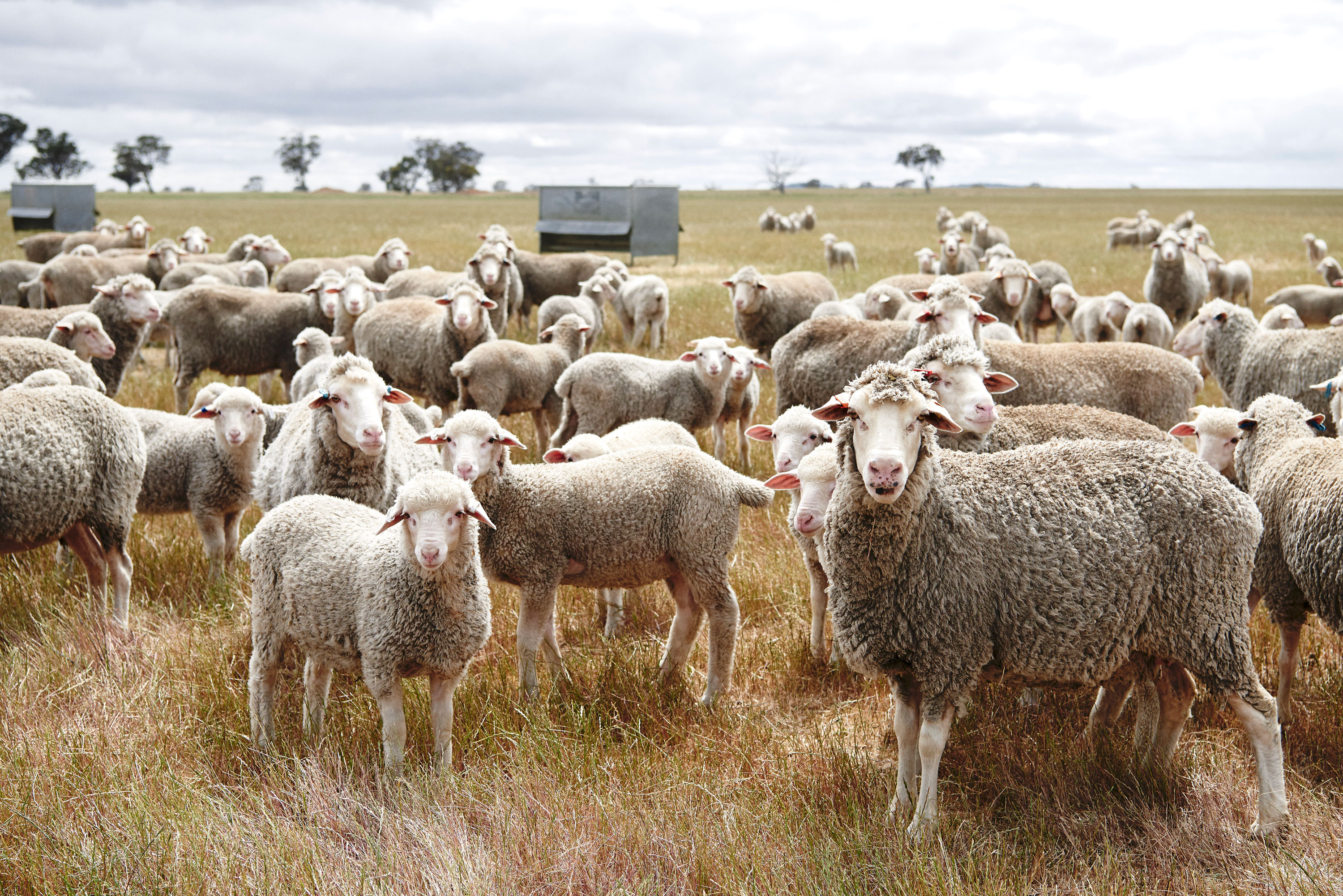 Ben Duxson has lived out here his whole life, in a brick farm house on Glendemar Farm, just in from the bucolic intersection of Glendemar and Duxson roads. I park by the sheering shed and Ben greets me with a warm hello. “Thanks for making the journey mate,” he says.

Ben represents the sixth generation of the Duxson family farming this land, a farm that has taken in much of the surrounding country over the past 145 years. Today, Ben and his wife Cheryl run 7,500 merino sheep on more than 5,500 acres of land. It’s hard to grasp the scale of a property this big, but to give you an idea, Ben says things like, “the sheep are in one of the south paddocks, about ten kilometres down the road you came up on.”

We take a seat in the farm house to talk about the farm in great detail over lunch and a cup of tea. Particularly, about the way they’ve used science to create one of the most well respected Merino farms in the world, and in turn, a brand of sustainable, natural Merino sheep skins. Along with being 100% Australian grown and processed, Glendemar farm’s sheep skins have been grown using sustainable and ethical management of both their land and animals.

“We’ve always been into sustainable, ecological farming, and holistic grazing management,” says Cheryl, at the dining table. “We think that land and animals should be managed together as one.”

Just last year, Glendemar Farm was awarded the top prize in The Weekly Times Coles Farmer of the Year Awards, being recognised for their scientific approach.

“It’s so great that what we’ve been doing has finally been recognised,” says Cheryl. “Because it recognises that we’ve created a farm that gives back to the land. We lock land down so that it gets to breathe again. We plant trees and do great things with our water and dams. We think it’s important to put your carbon footprint back into the earth.” 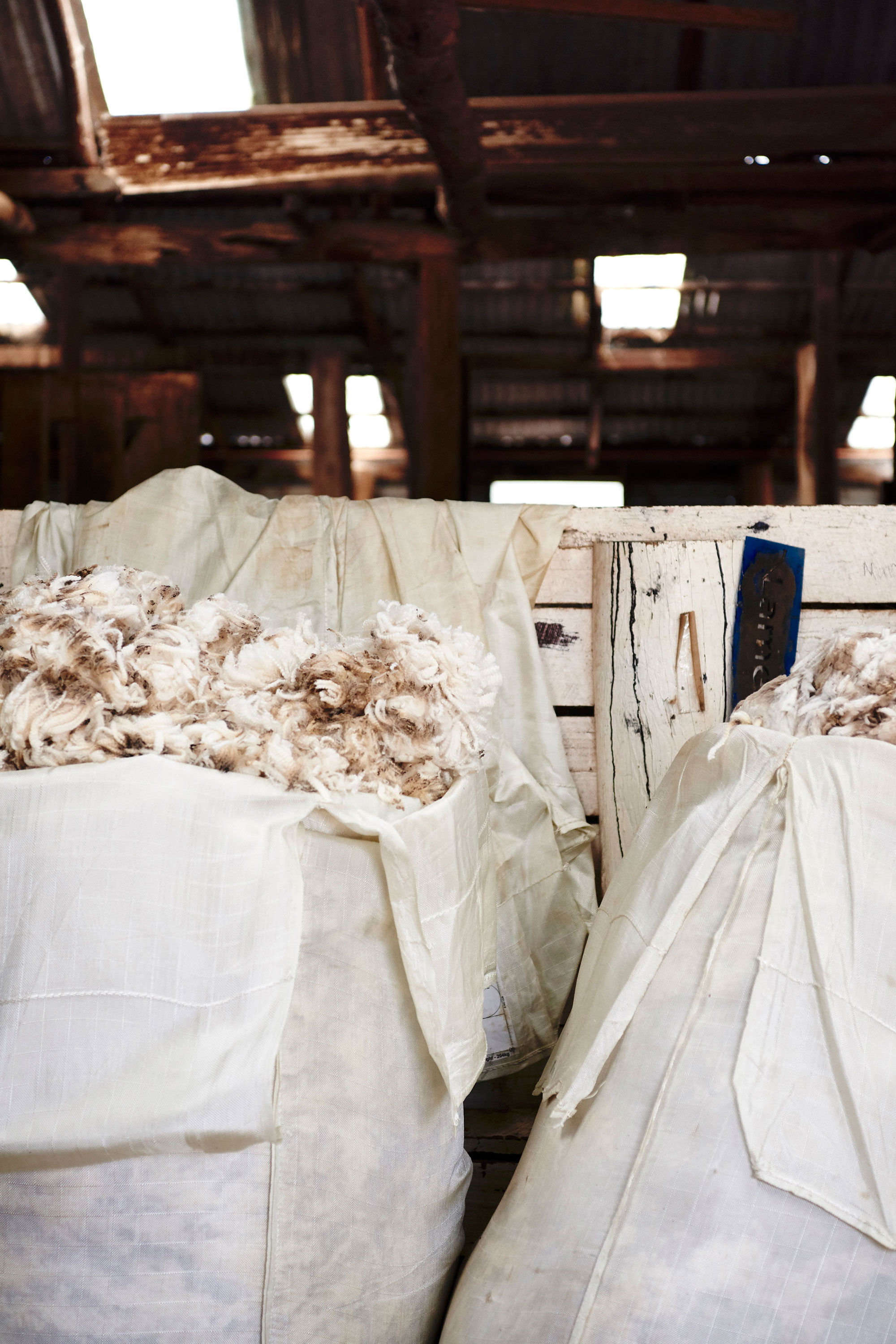 Perhaps the most startling realisation you have when you visit Glendemar Farm, is the way that Ben has – over the space of two decades – embraced technology and genomics to better the lives of their sheep and make the farm more efficient, while creating better returns on wool and lamb. You learn, for instance, that every single ewe, ram, and lamb on the property is GPS tagged, which gives Ben and Cheryl access to a range of vital statistics from their laptops in the farmhouse, from a sheep’s birth weight to its immunisation record.

“People in the city would be flabbergasted by what we’re doing,” says Ben. “We can see the temperature, wind, and the number of bleeps per minute of each sheep. Sheep like to live in big mobs – it’s a safety thing – so we get to know the places they naturally go and like in the paddocks, and then we can use that data when they’re off to lamb, so that we can put them in the right places. Ultimately, we feel like the less contact we have with our animals, the healthier they are.”

As well as creating a better way of life for their sheep, Ben and Cheryl have adopted DNA technology into their breeding program, a natural process, which over time creates better quality wool.

“We’ve bred our sheep specifically for this type of skin,” says Ben, getting up from the table to search around the spare room for a Glendemar sheep skin, which he finds and brings over.

“Traditionally, we started the process of taking the wrinkling out of the skin,” he continues, walking over the fetch another, more distressed looking sheep skin. “You’ll notice the difference to our wool compared to the cross breeds. Our wool is much softer and more refined.” 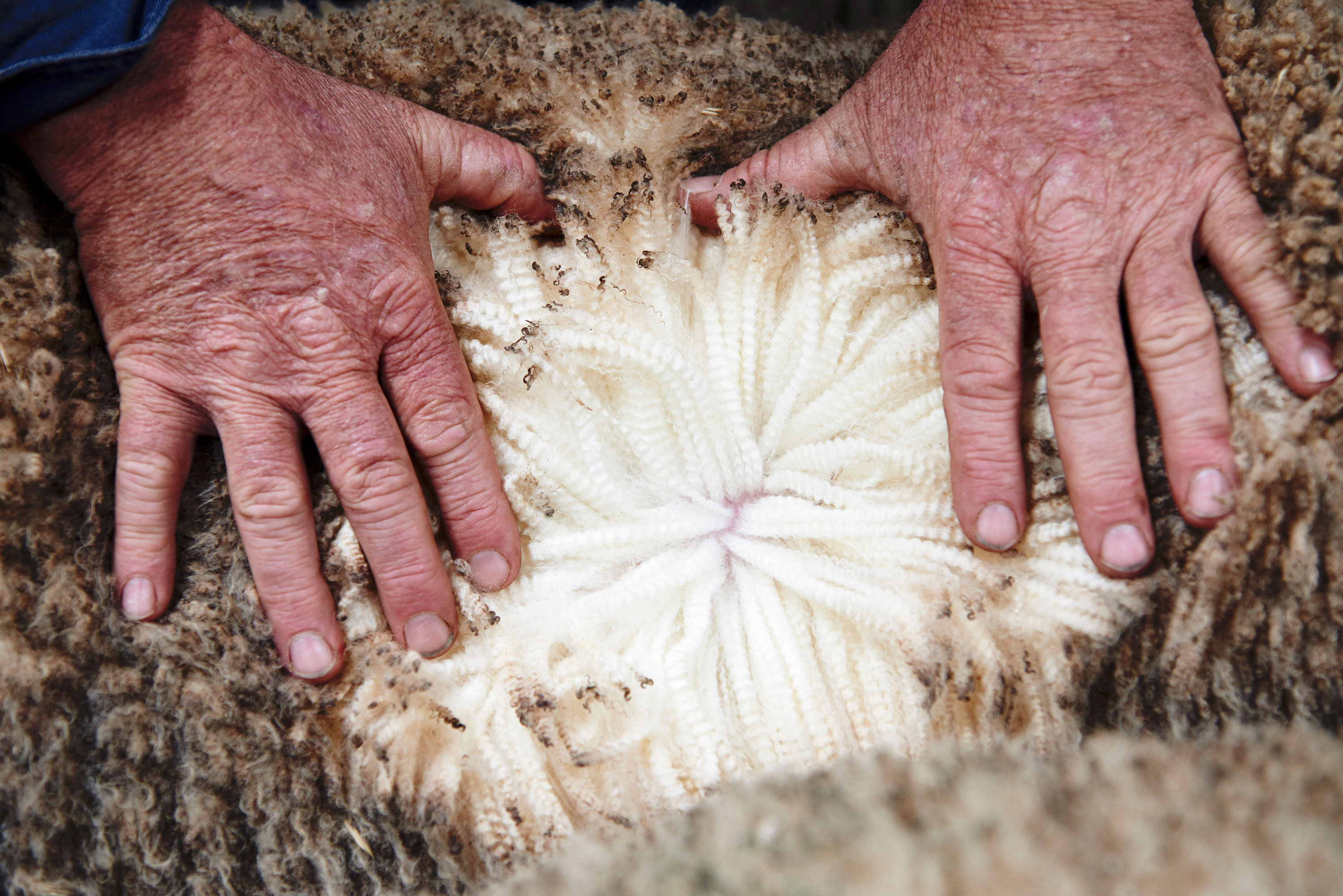 When Glendemar sheep go off for processing, the whole operation is done in Melbourne, from slaughtering right through to skinning of the sheep and washing of the wool. “In Laverton, they wash the impurities out of the wool. They don’t go too hard on them, because we try to keep the crimp in them. They always put our wool through and run it slower and at a lower temperature to make sure it’s cared for.”

After lunch, we take a quick tour of the old sheering sheds, which were once filled with the farm staff. Because of technology, the nature of farming has changed a great deal. Ben and Cheryl contract in shearers (people from the local area) every six months, rather than employing too many people full time on the farm.

“Technology has definitely changed the nature of life out here,” says Ben. Last year, the local pub in Marnoo closed, because less workers on the farm means there’s far less traffic in the small towns. “But technology has been a good thing too. Because Australian farming has become so progressive, it’s made our genetics popular all over the world. We have a really good image over here, because we have tough rules and regulations and a clean environment.”

“So we’re able to sell our genetics to farmers in South American countries like Argentina, Chile, Uruguay, and the Falkland Islands. We’ll never be the food bowl to the world, but because we’re respectful to our animals, we’ll always be the high end.”

The Merino throw can be purchased in store and on our online store. 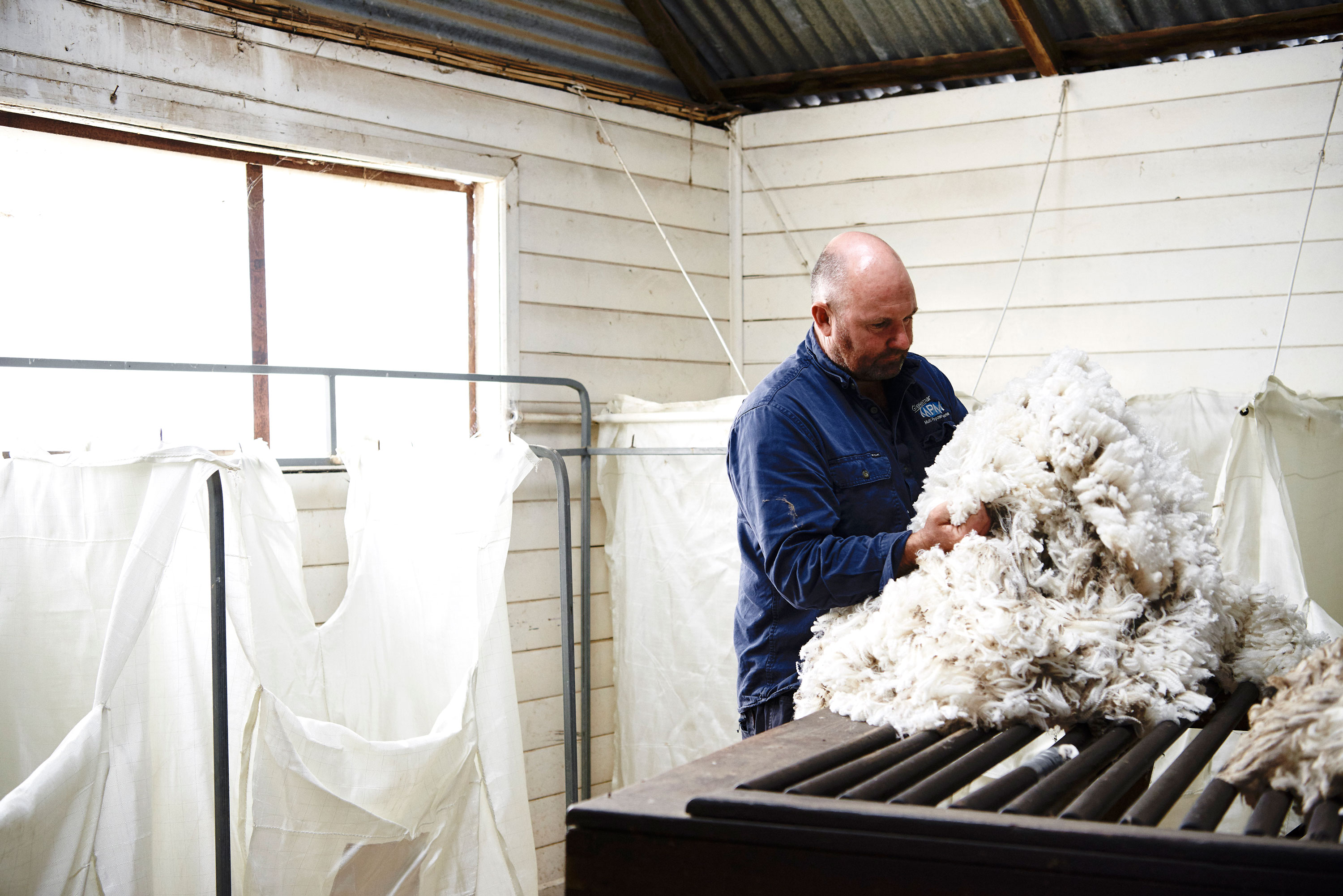