Our Sydney store will be re-opening on Wednesday 13 October to fully vaccinated customers in line with government restrictions. Please note, our capacity will be limited and we strongly recommend making an appointment prior to visiting. To make an appointment please email or call our Sydney showroom.

Call & collect will be available from Wednesday 13 for all customers who are not fully vaccinated and are unable to visit at this stage. To find out more about this process please reach out to our Sydney team.

To keep our community and staff safe we are taking extra safety measures and ask that all customers follow the required conditions. Only enter our showroom if you are fully vaccinated, check in and sanitise your hands upon entry, maintain physical distancing at all times and wear a face mask that covers your nose and mouth. Please note, over this time we will only be accepting contactless payments for the safety of our staff and community. 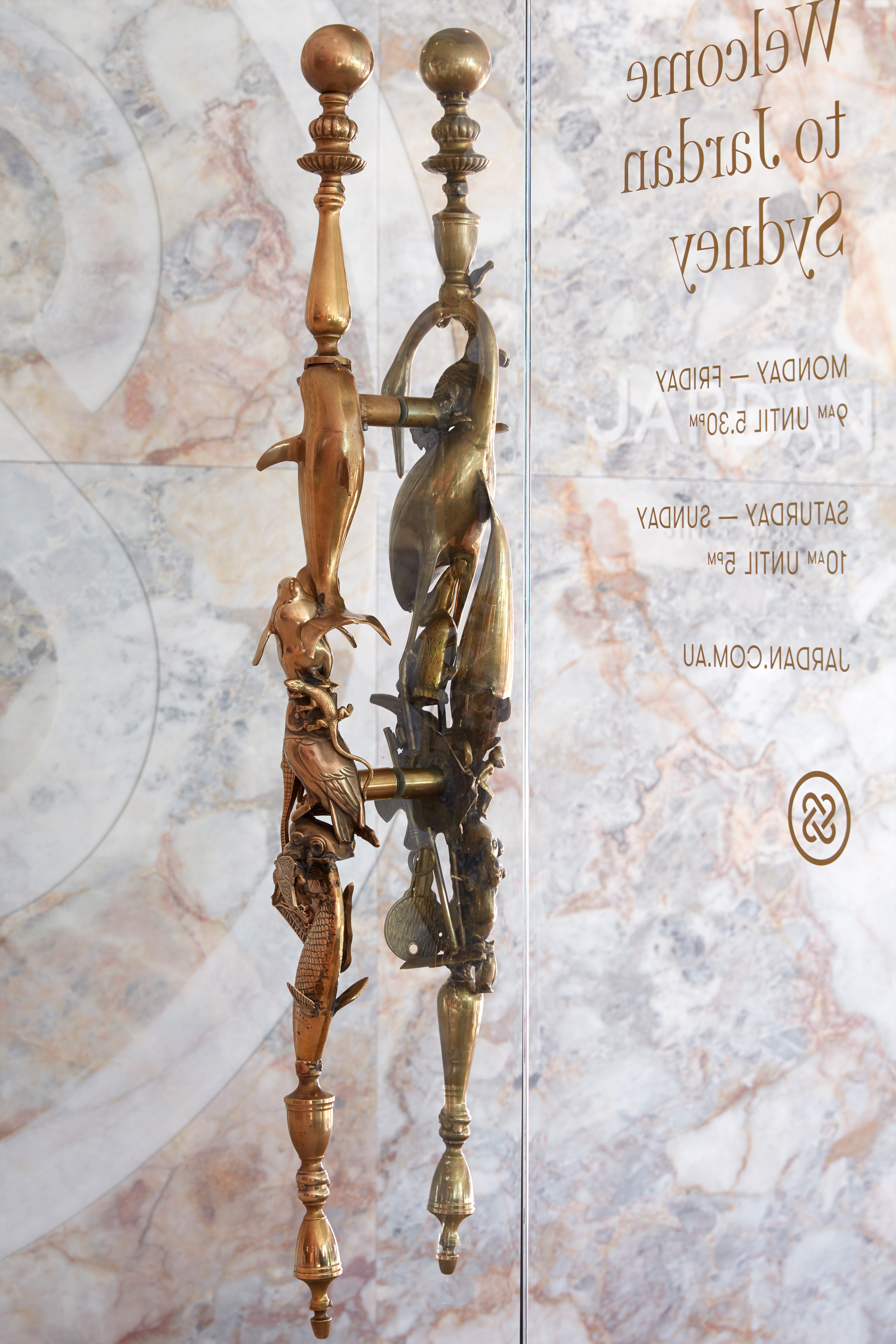 Jardan acknowledge the Traditional Owners of the land on which our showroom is located, the Gadigal People of the Eora Nation. We pay our respects to their Elders, past and present, and the Aboriginal Elders of other communities. 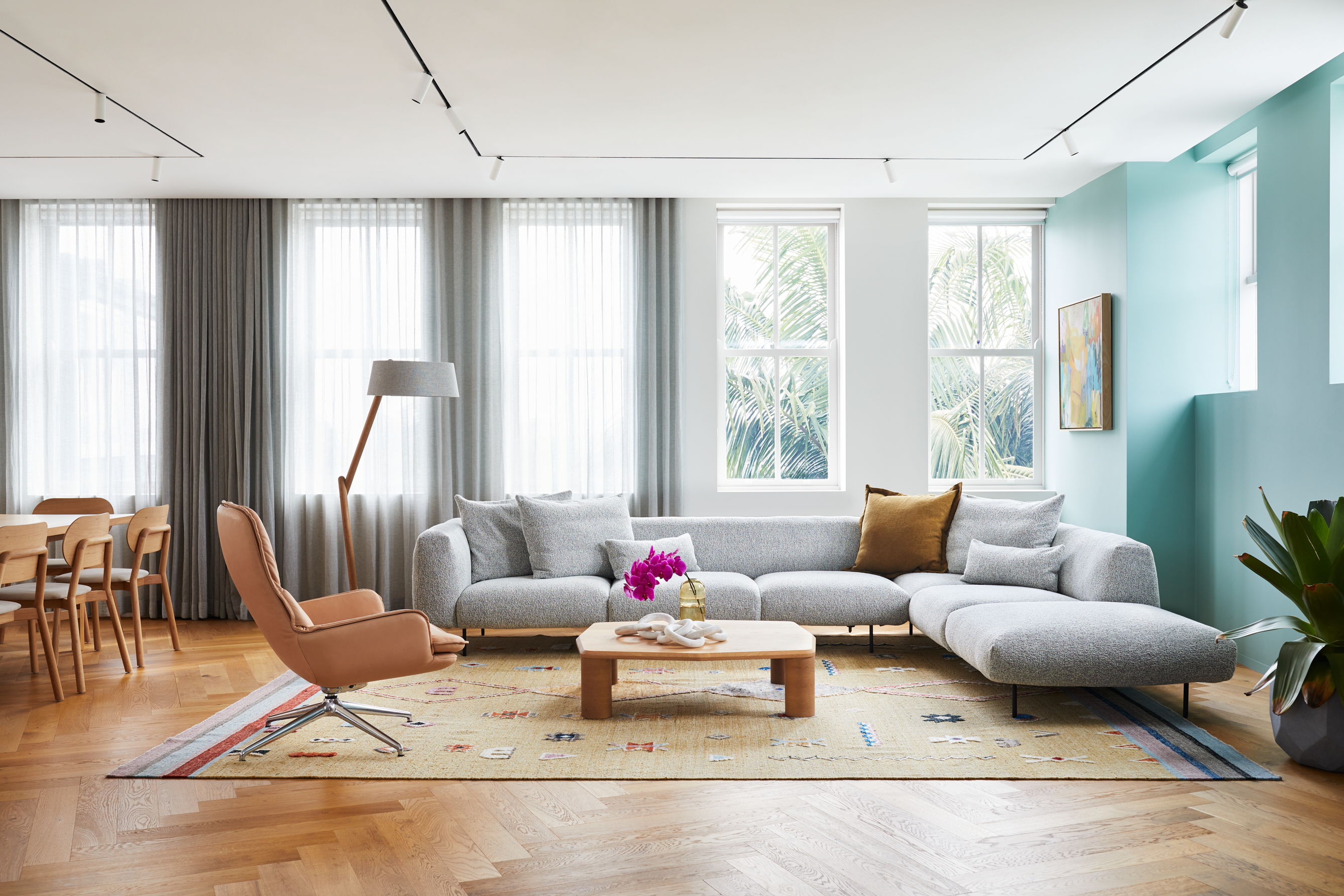 Every year as the seasons change in Sydney, the city is dominated by a shifting landscape of colour. The deep blues of the Sydney harbour, the green canopy that covers the hilly streets in Rose Bay, Surry Hills, and Paddington, the reds and yellows that stream through the trees in the afternoon sun. In winter when the sunlight is scarce, Sydney Harbour turns a deep blue, the colours defining a mood that filters through everyone who lives in the city.

At our Sydney store, Architect Iva Foschia – founder, principal, and lead architect of IF Architecture – wanted to express the way that colour has influenced the culture of the city, and in the process, pay homage to the Australian families who have helped us to better understand them through art and design.

And so the design of our new showroom started with the work of some of Australia’s most influential families in art and design: Brett Whiteley, who famously painted Sydney Harbour in deep ultramarine blue from his balcony, inspired by his muses, wife Wendy and daughter Arkie. John Olsen, who used a vibrant palate of blues and greens in A Salute to Sydney, and in the process inspired the colourful work of his daughter Louise Olsen and Stephen Ormandy – partners and designers of Dinosaur Designs. The work of Dinosaur Designs is incredibly colourful, too, with vivid oranges, blues, and greens that have helped to shape the way Australian’s view Sydney. Marion Hall Best, too, whose interior design work through the middle of last century had a great influence on the city’s interior architecture. 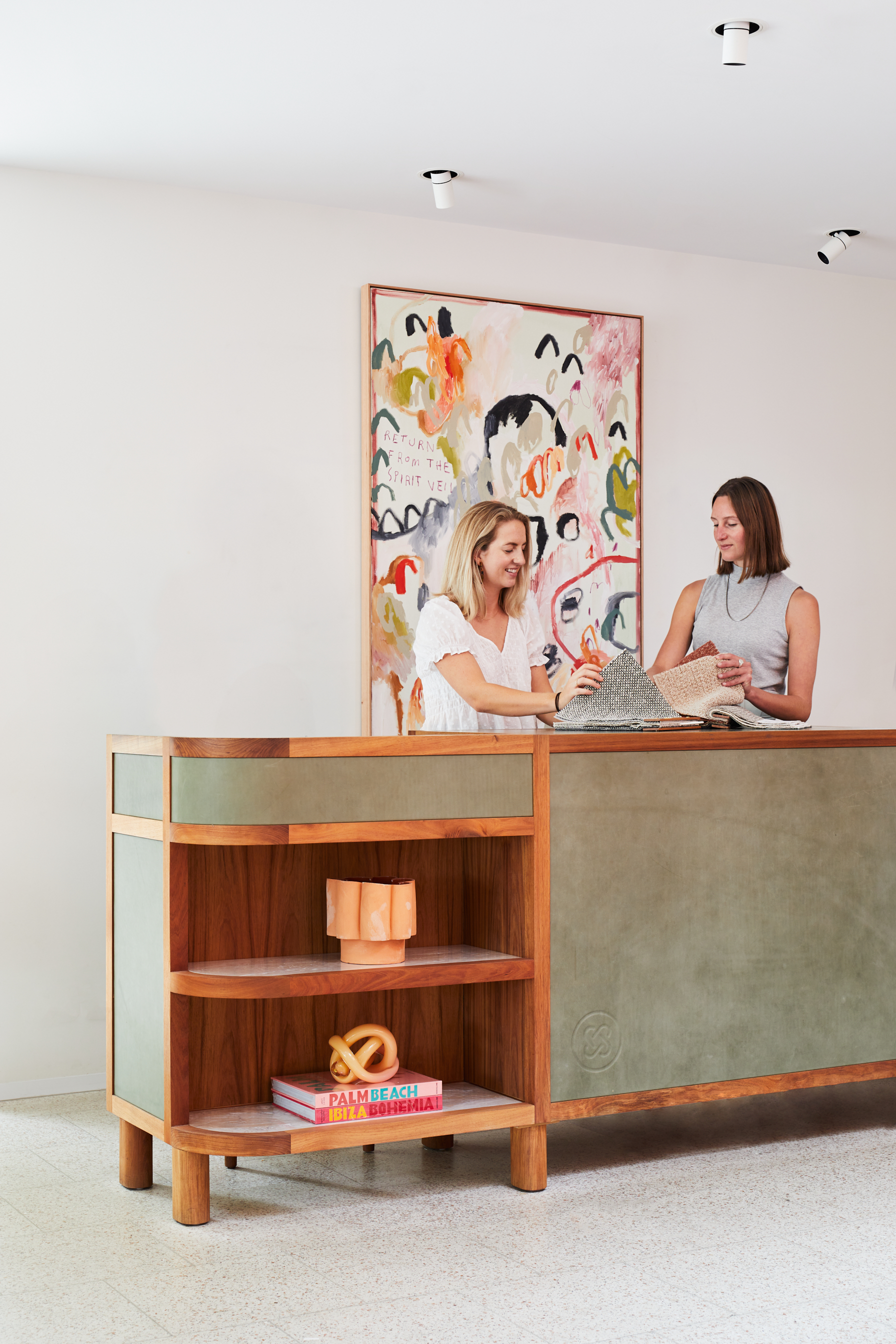 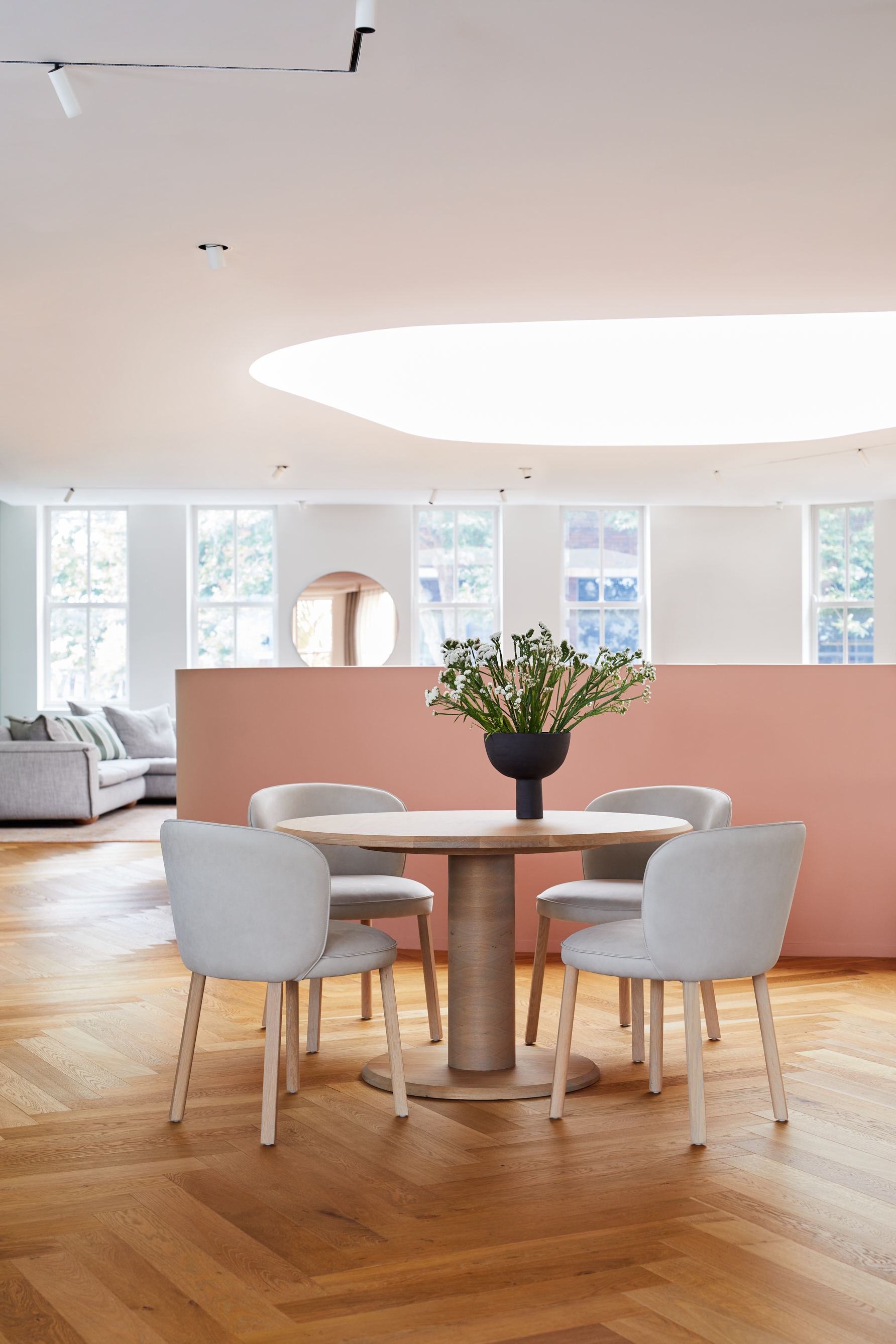 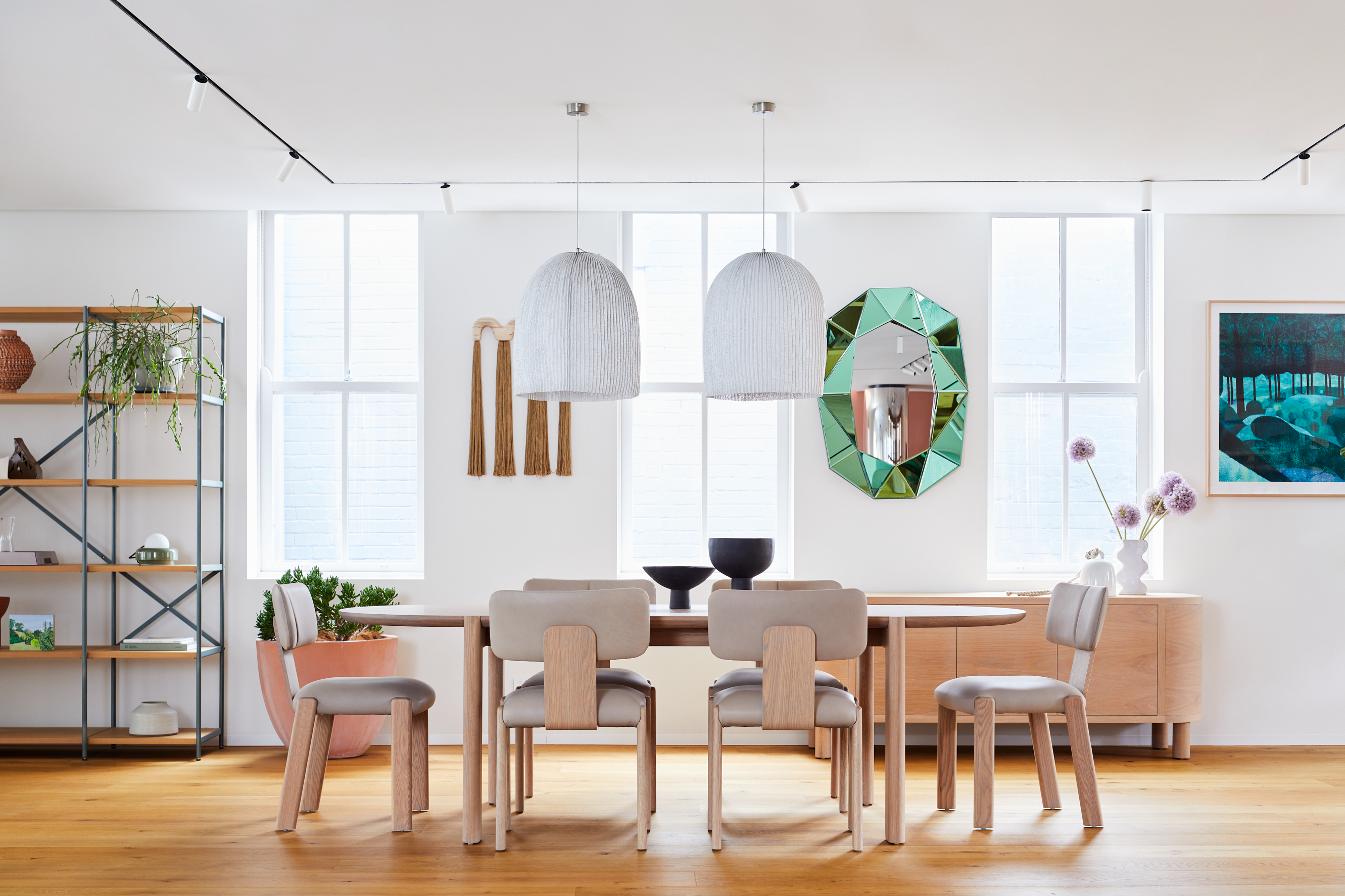 Speaking from her office in Melbourne, Iva Foschia says that in making a space that reflects the Jardan values of family she wanted to express the work of our country’s most influential creative families. “Colour and family are big parts of the Jardan story,” says Iva, “so looking at Sydney families, I was immediately inspired by the work of Brett Whiteley and his muse, daughter Arkie. Brett was completely inspired by Arkie and said that he couldn’t work without her, so there was a lovely connection with Jardan, being a family business. Marion Hall Best ran a beautiful store too, she was a wonderful woman and her and her daughter had a little interiors shop not too far from the Jardan showroom in Sydney, and similarly they worked together for years and had a real community minded approach.” 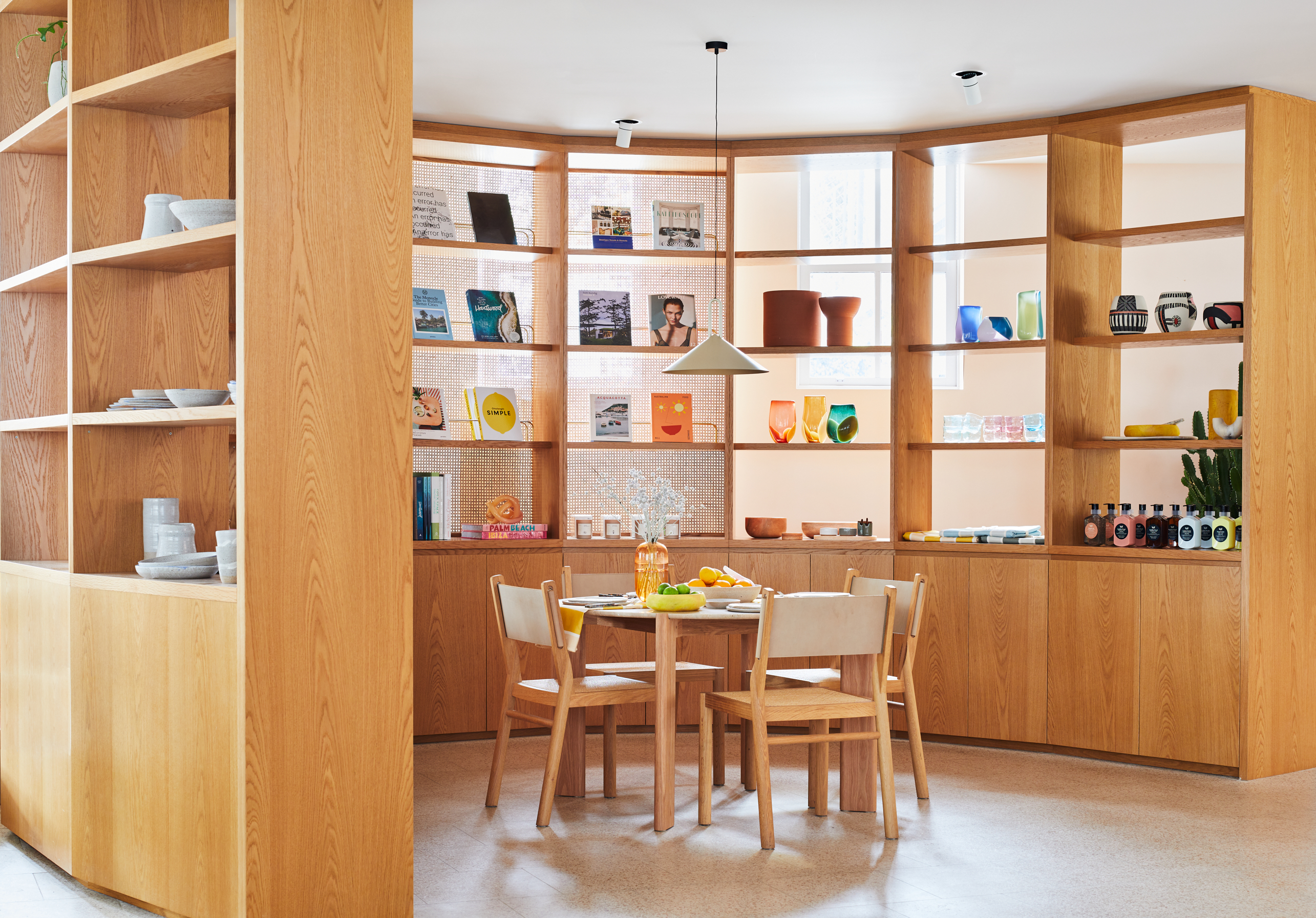 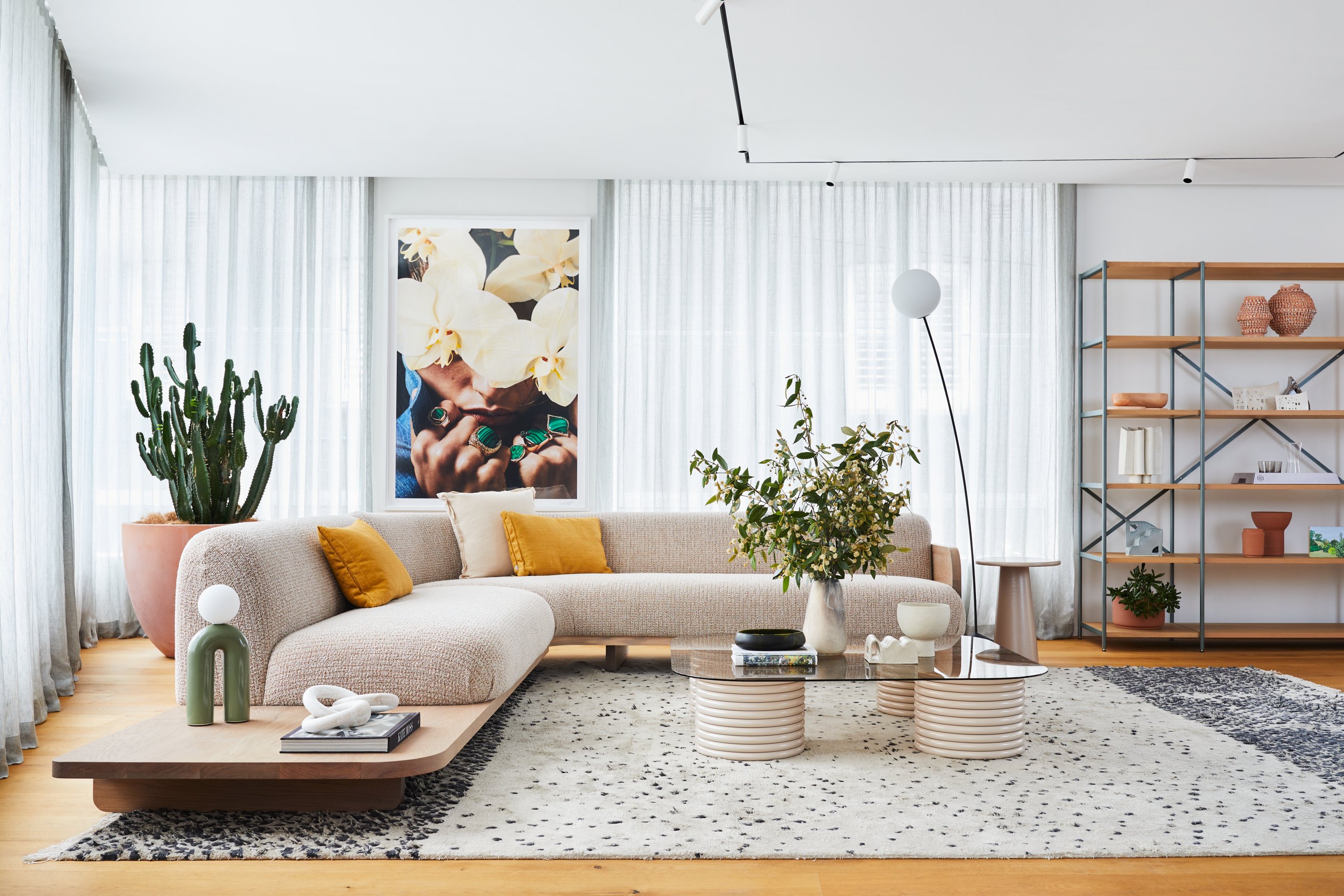 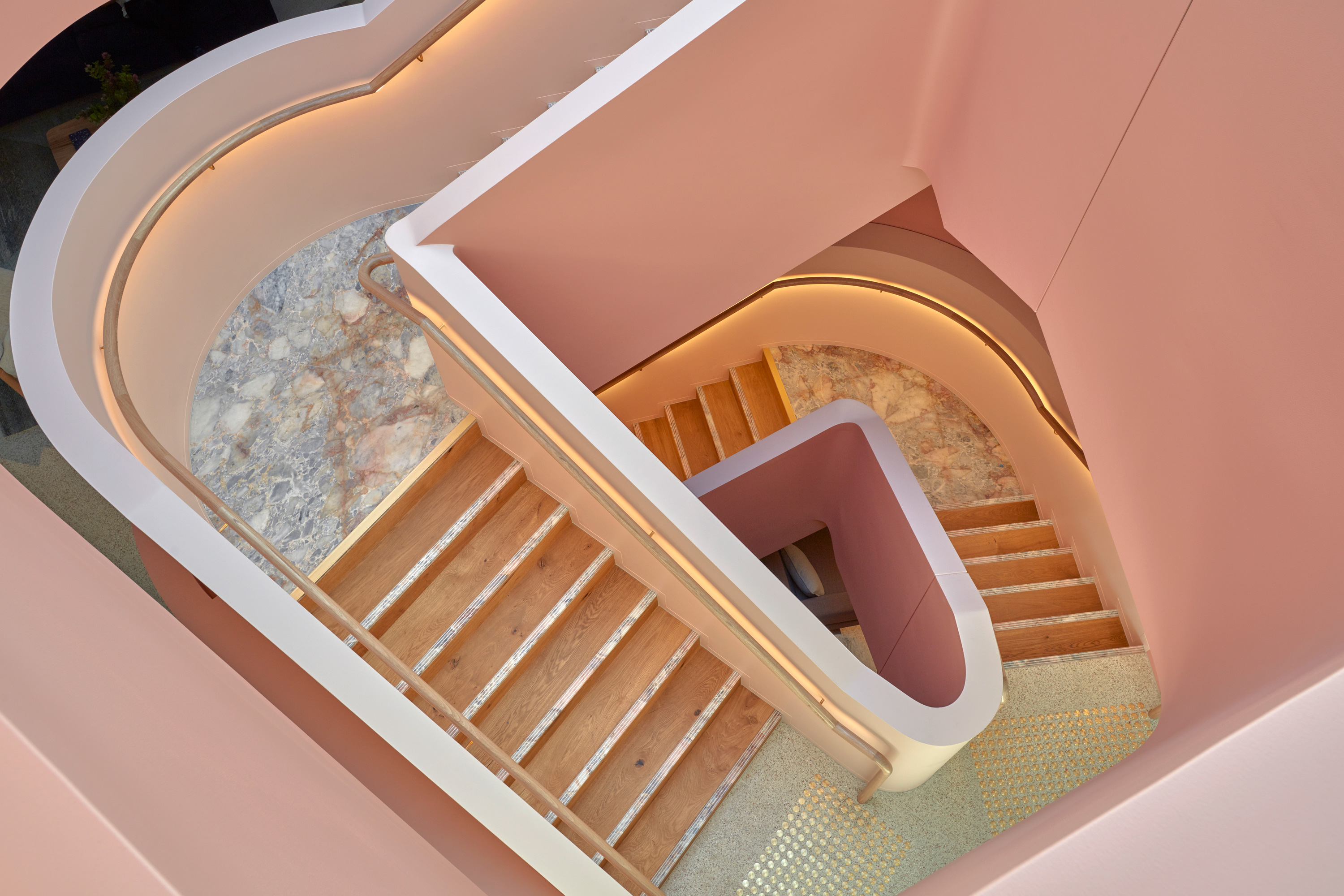 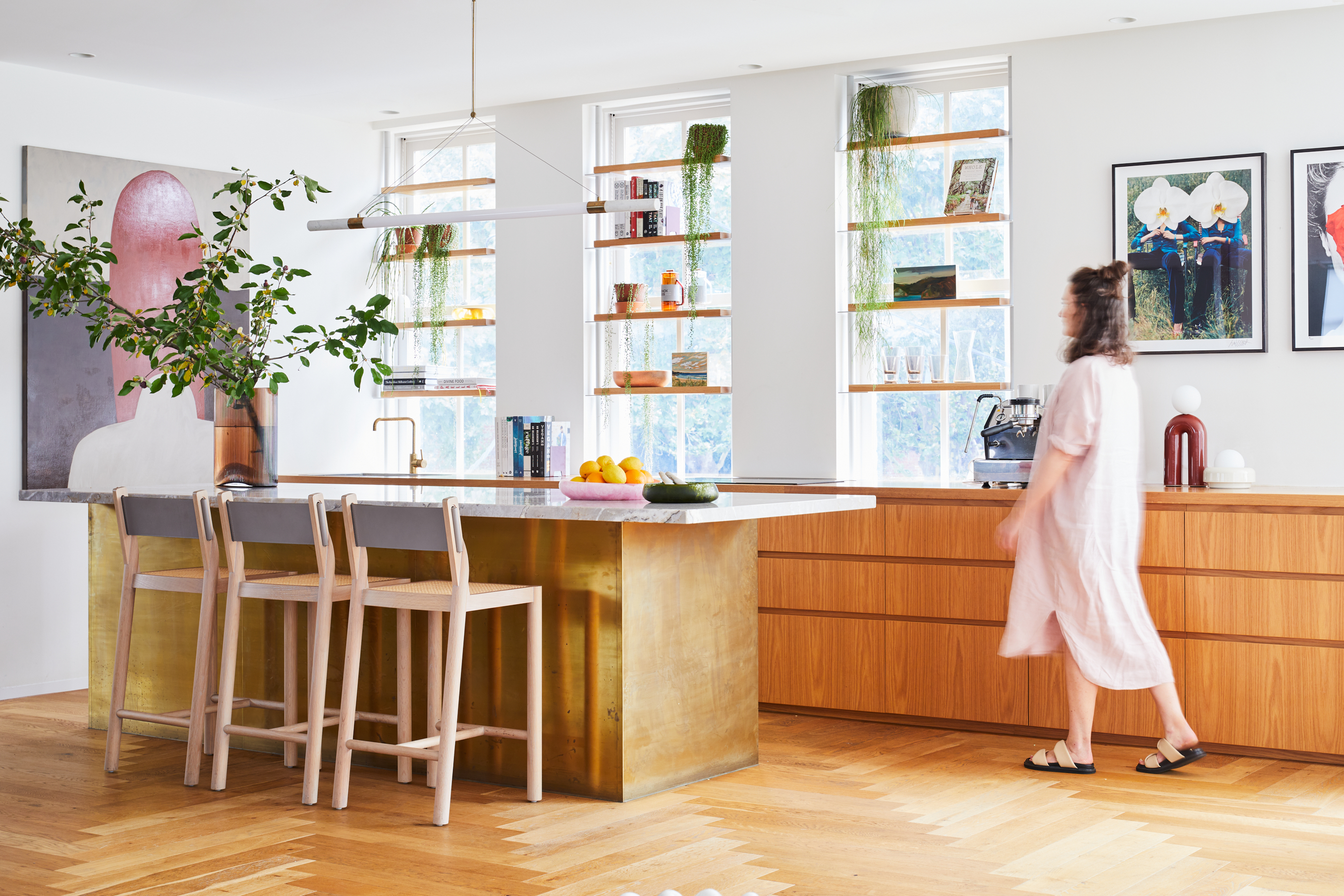 The new showroom is at Alderstein House, on the corner of Oxford Street in Paddington. It’s a wonderful old art deco building that was home to the Ariel Bookshop for more than 30 years. In designing the space, Iva wanted to focus on colour as a building material, creating a system of colour that shifts and changes your mood as you walk through the showroom and transition between levels. “Colour is expressive light, and Sydney has light like no other place in Australia,” says Iva. “So we wanted to use a palette derived from the tastes and styles of iconic Sydney creative families, and in turn, find something unique to Jardan.”

Over two levels, you’ll notice subtle transitions between whites, blues, greens, greys, and pinks and blacks. “Our colour palette is based on the colour systems that were made famous by French architect, Le Corbusier, who used colour to manipulate gently enhance the emotions of people in buildings all over the world,” says Iva. “We wanted to build on the existing architectural character in a way that is sensitive, contextual and unique to the area,” she says. 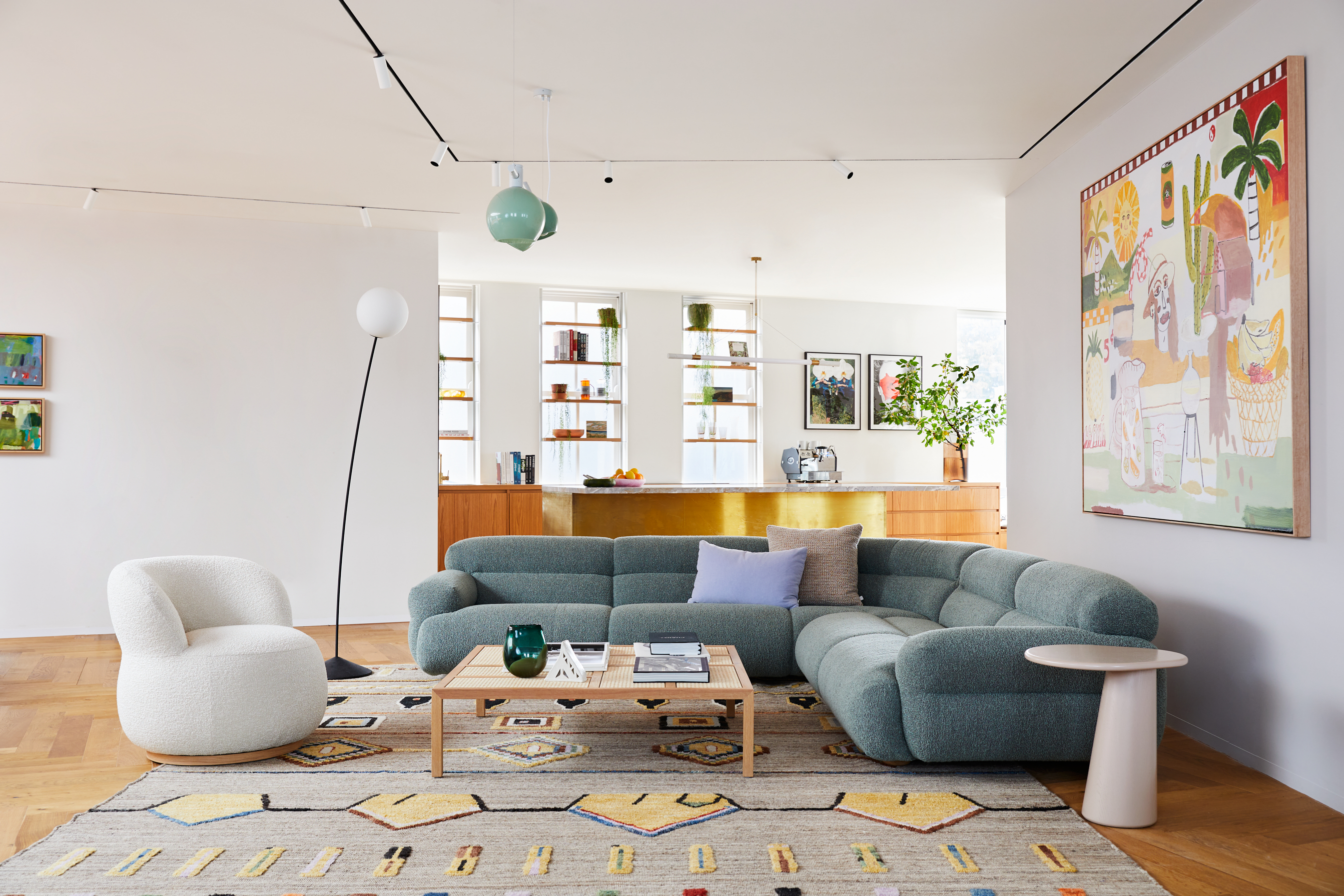 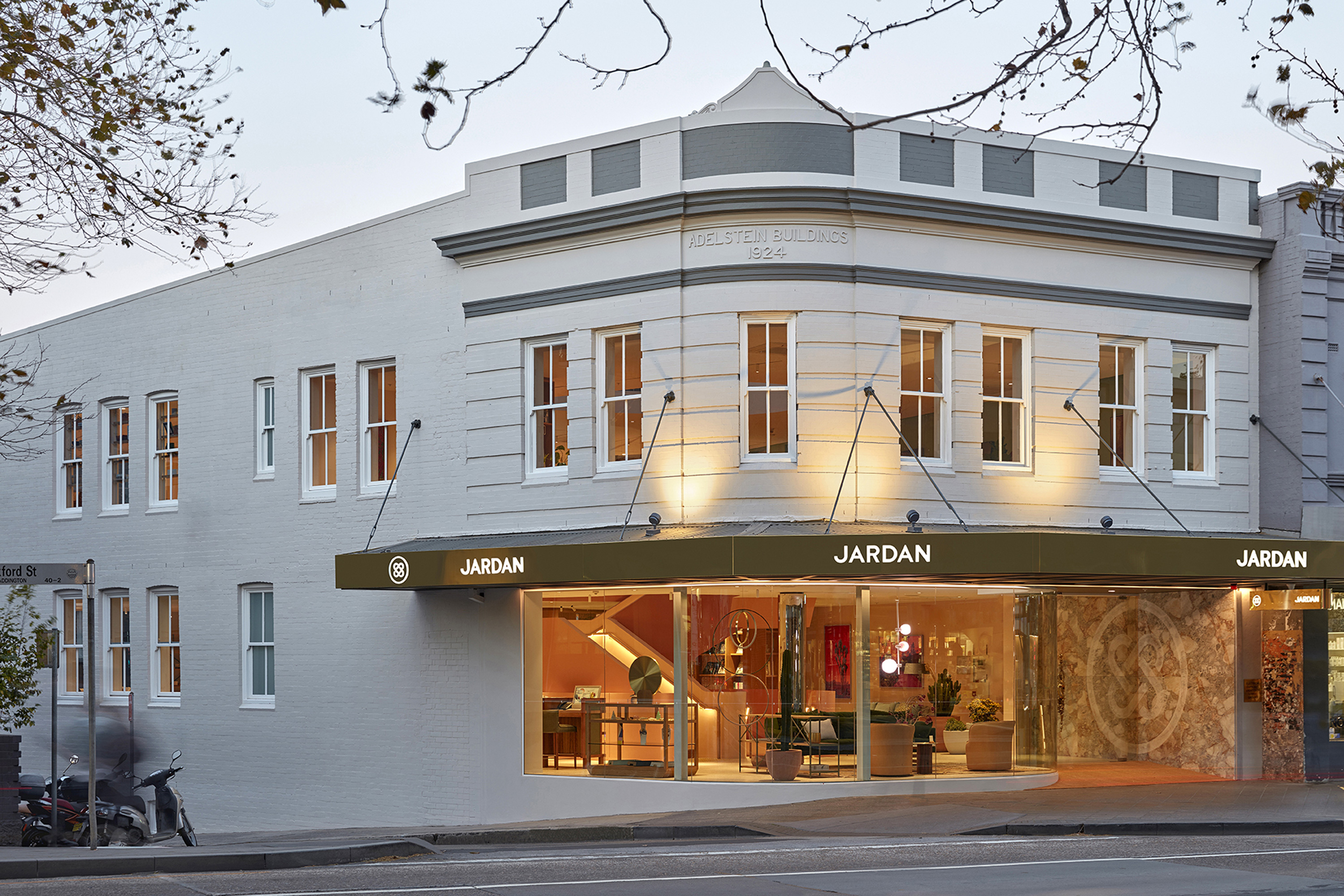